Feud: Wild West Tactics is a turn based game all about gun blazing, shotgun blasting, knife stabbing and dynamite throwing action in the Wild West. Centered on the famous Hatfield and McCoy feud you’ll be able to play special storylines from each side with sets of unique characters, each with a ton of personality and grit! Learning how to use your posse effectively against the dangers of the world is the core of the game. Only the hardiest gunslingers can expect to go the distance and survive!

When you get through with the story, you can try your hand at empire building in Western Saga mode. Based on traditional 4x strategy games, you’ll be able to capture resources on the map, research numerous upgrades, explore, investigate events, hold up wagon trains, hunt down wanted men, and most importantly drive the other enemy families off your land for good!

Key FeaturesTurn Based Tactics in the Old WestPolished and fun turn based gameplay that focuses in small team battles. You’ll need to learn your character’s abilities and specialties to survive the fights. The Enemy talent system means the harder battles differ each time you play, giving enemies a personal touch.Develop your CharactersAs you move through storylines you’ll level up your characters choosing new abilities and developing existing ones. You’ll also be able to equip your characters with a variety of items including ones specially made for them.Multiple StorylinesPlay through three storylines and 32 missions with unique maps. You’ll face a wide range of challenges from straightforward kill missions to destroy missions. The advanced difficulty mode provides the ultimate challenge to the seasoned player!Western SagaA massive meta game that lets you see if you can build the ultimate western empire by taking over the map from three enemy factions. Choose from two different sides. You’ll explore, research, recruit and conquer. Saga includes a variety of difficulties including hardcore mode where your losses for fight to fight are permanent.Skirmish ModeSkirmish mode lets you throw together a team of hired guns, heroes or a combination of the two for a quick series of challenges on a variety of maps. Skirmish mode comes complete with a load of in game achievements to test the heartiest gunslinger. 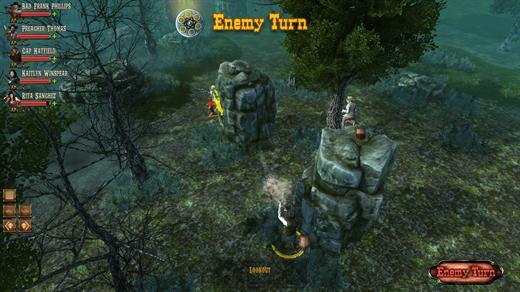 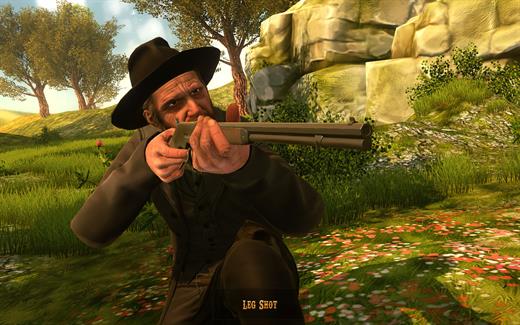