Super Arcade Racing is a retro-inspired racing game that gives you the pure experience of real arcade gameplay. Simple controls, a classic 2D top-down view, amazing pixel art and an iconic soundtrack, combined with an intriguing story and more than 80 levels to play.

Prepare to enter the world of underground car racing, in the hopes to save your brother. It’s going to be dangerous, but taking part in the clandestine Super Arcade Racing will be your only chance to see your little bro again and solve the mystery behind the organization that kidnapped him.

You’ll have a car to upgrade and personalise after every race, with new parts to go faster, have more grip and better control. You will meet dark rivals and deceiving enemies. Defeat them and clear your path to the final victory. Along the way, you might discover something more about yourself. 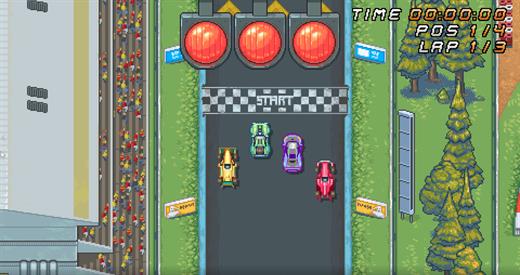 Mind that cone and avoid the oil on the road. Jump on ramps and discover shortcuts and secret passages. 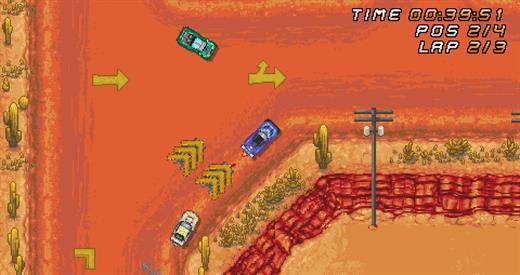