While empires rise and fall in Eastern Europa, the rest of the world takes notice, and covets the secrets of the Factory. Two distant factions, Albion and Togawa, send out their emissaries to scout the land and plan their best strategy for conquest. They will all lead their mechs to war, but who will come out victorious?Play as or against two new factions: Clan Albion and the Togawa Shogunate
Connor & Max – Clan Albion:
Fearing that the Factory could fall under the control of the other factions that might encroach on Albion land, the Clan decides to take drastic measures. With his faithful companion, a wild boar named Max, at his side, Connor is entrusted with the command of a special task force to build a strong line of defense against the enemies and destroy the Factory before it’s too late.
Clan Albion also craves control of new territories. Plan your moves carefully and place your Flag tokens to gain control over additional territory for end-game scoring. 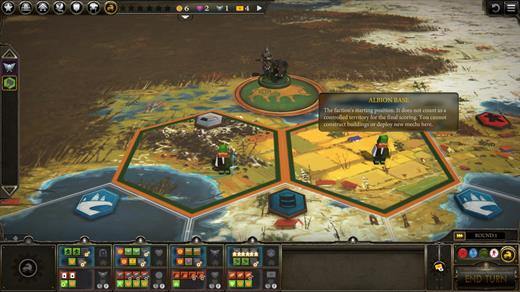 Akiko & Jiro – Togawa Shogunate:
Following the mysterious disappearance of Togawa engineers in Eastern Europa, the shogun decides to send a military expedition to subvert the Rusviets, who are believed to be behind the abductions, and discover the truth about the Factory. Trusting in his niece’s skills as a samurai, the shogun has empowered Akiko to lead the expedition, accompanied by her special trained monkey named Jiro.
Determined to slow their enemies’ progress, the Togawa place traps behind them. Use these traps to gain control over additional territory for end-game scoring.Two new player mats: Militant and InnovativeAvailable for classic and expansion factions, these new mats allow new strategies. Upgrade your bottom-row actions to reap the highest benefits!7-player gamesLocal and multiplayer games now support up to 7 player slots for human beings and/or bots.And moreThis expansion also introduces new Steam achievements, four new music tracks for the new factions, plain and painted skins for the new factions, and a new artwork for the main menu background featuring Togawa. 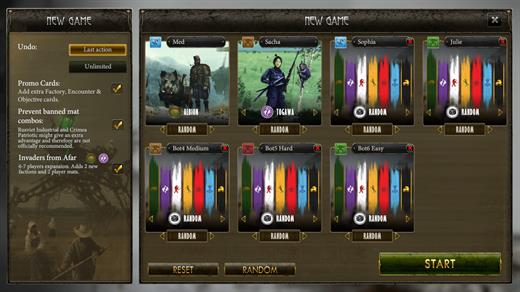