A new small official layout with CSX shunting in downtown Miami. Here’s something out of the blue, a brand new official map in the form of a small self layout set in the downtown industries of Miami!

I started working on this on the weekend just for fun, but i was so happy with it that i decided to make some new train liveries to go with it and include it in the game as an official layout.
It’s only a small shelf layout, but the density of detail makes the most of such a small place. The layout is full of graffiti, references and little details that were a ton of fun to make.

Even though it’s not from the same location, i couldn’t resist the opportunity to add my favorite livery of all time: the Rock Island blue (aka “The Rock” or “Bankruptcy Blue”). This livery just fitted in really well with the urban-industry scenery theme and I’m sure people will be happy to see it!

Keep in mind this is just a small shelf layout, not very large at all. But the goal for this layout was to densely pack details more than any other map I’ve made, and I’m so happy with how it turned out!

In fact this layout is actually heavily inspired by a real-work model railway built by Lance Mindheim based on a Miami downtown spur. I remember seeing this layout in Model Railroader magazines years ago and i’ve always loved the sun-bleached soil and graffiti-covered industry it depicts, so it was a hell of a lot of fun finally making something like it in Rolling Line!

Here is the real-world layout I’m talking about:
A combination of Lance Mindheim’s “Miami Downtown Spur” and his earlier small shelf layout with the same theme. 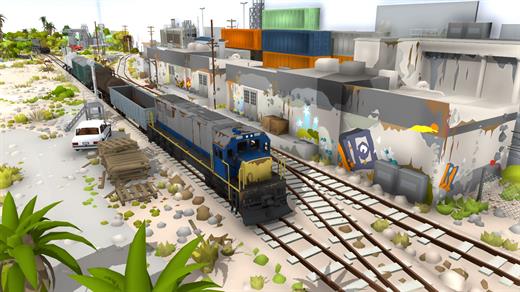 Aside from the new layout, here are a few other features included in this update: 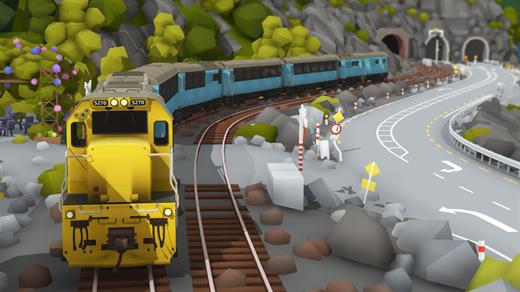