Just a few more seconds and they’re ready to play. The players stand in the tunnel, close to the field, but they can barely hear the deafening noise of the fans. It’s the most important game in club history, the pressure is enormous. Will they fail? Or will they make history today? It’s in your hands!

In Player’s Eleven you take over a football club of your choice or start a whole new career as an aspiring football manager. You put the team together, fine-tune the tactics and ensure optimal training. Scouting and youth players push new talents into your squad. But the stadium and the club facilities must also be continuously developed. It is up to you which areas of the club are your responsibility.

But watch out: The chairman is closely following the sporting and financial development. It would be better for your job if you don’t disappoint his expectations! 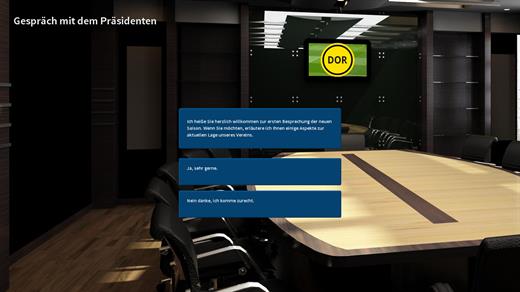 NATIONAL AND INTERNATIONAL REPUTATION
All clubs have a national as well as international club reputation, which adapts only very slowly to the successes and results of the club. Players, employees and sponsors orientate themselves by this. This prevents an all too rapid rise to the top. Long-term successes must be worked hard.
COMPREHENSIVE EDITOR
All club and player names and the names of national and international club competitions can be easily edited. Even adding new European countries and leagues is easily possible.
HUGE DEMO
Play a whole season with all features of Player’s Eleven in the demo version. Save your game and then continue playing in the full version. 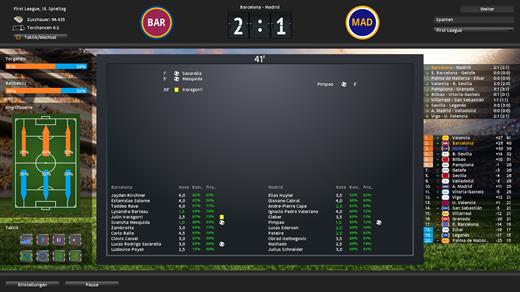