Release Description:
Get yourself behind the wheel of a taxi. Learn the routes and start navigating around a city entirely from your memory. Take a driving test to see if you can advance to the next level and obtain a taxi driver’s licence. Challenge yourself to see if you can complete the routes in the shortest time possible and earn some money as a cabbie along the way. And if, after all that hard work, you wish to take your mind off the map, why not burn some tires in a good old race? Wherever you are off to next, enjoy!Main features: 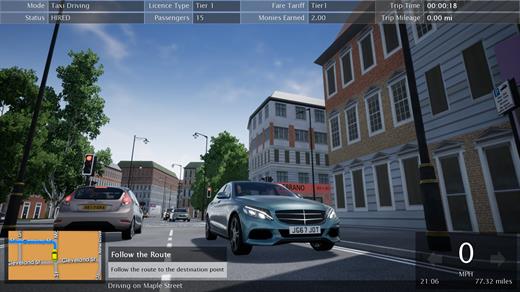 The “Practice Driving” mode can be used to learn and practice the routes before taking a test to obtain a tier 2 taxi driving licence. The player can choose between a number of the pre-defined routes to try and memorise them. During the practice drive, the player will be assisted by a map which will have their chosen route marked with the directional arrows. The system will be capturing and processing the data from the route, such as the driver’s speed and road signs, and will trigger alerts in case of speeding, driving on red light or other driver’s faults.
Once in the test, the map with the route shown on it will not be accessible, and penalty points will be given for each driver’s fault. To obtain a tier 2 driving licence, the player will need to successfully complete 6 test routes of choice, with no more than 10 penalty points received for any each of them.Street Racing

Fancy a bit of a high-speed challenge? The “Street Racing” mode gives players the opportunity to use and sharpen their race-driving skills. There is a great range of tracks and cars to choose from while the custom-tuned car specs offer a more dynamic and stimulating driving compared with that in other modes of this game. Now, watch out for that bend coming up… 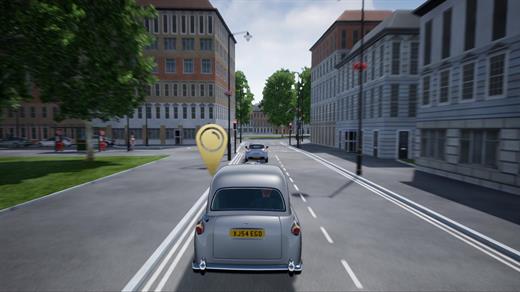